We’re looking for partners to help us grow the Erik’s brand to bring its delicious goods to more consumers and help more communities!

Erik’s DeliCafé is a team of people committed to working together to provide our customers with a consistent dining experience that is characterized by quality food and responsive service delivered in a friendly, clean and unique environment.

Our guests can always count on us for fresh ingredients, cheerful attitudes, a clean and respectful atmosphere, and top-notch food. Always.

Erik’s commitment to quality is reflected in each and every Erik’s DeliCafé® – not just in our delicious soups, but in all of our food and service.

Each and every Erik’s DeliCafé® location views itself as a member of the communities we serve. We take our role of giving back just as seriously as we do preparing your meals.

Integrity.  It’s why we are eager to share the source of our ingredients of all our delicious offerings.  It’s why we we work so hard to cultivate a supportive, cheerful, and positive environment for our guests.

After receiving a Bachelors of Science degree in Business and Marketing from the University of Oregon in 1968, Erik Johnson, born in Oakland and raised on the Monterey Peninsula, moved to San Francisco and began working as a cost accountant. In February, 1969, Johnson went on a six month backpacking trip that took him across Europe and North Africa. Upon his return, Johnson worked as a security officer, a cook and food server at a small burger and shake restaurant and as an accountant. 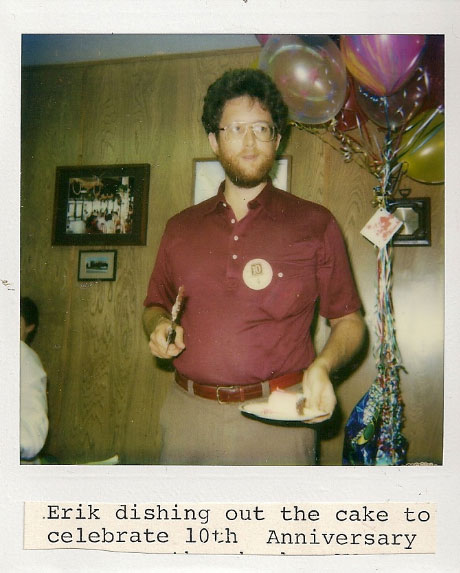 Congratulations to Epi, Haide, and Jorge, proud new owners of …

Partner with us by eating at Erik’s DeliCafe of

Order direct from Erik’s and pick it up at your convenience, or use our third party partner, Doordash to have it delivered.

Be rewarded for lovin' our sandwiches

Download the Erik’s app and signup to get fantastic rewards!

No mobile phone? Signup via your web browser.